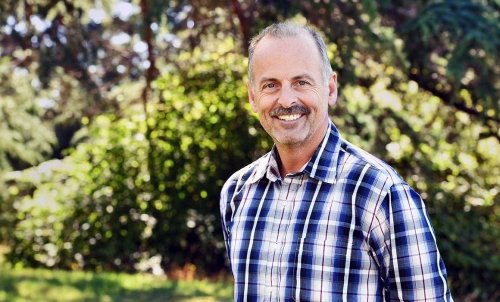 Longtime, retired Director of Athletics Bob Grisham passed away from a sudden aneurism on Sunday, Jan. 22, 2023. For more than 37 years, Grisham was a champion for athletics at Saint Martin’s University, the local community, and the athletic conference at large. More information will be shared regarding a service soon, which will be held at the University campus.

“We owe much of the growth of our athletic programs, and success of our student-athletes inside and outside the classroom, to Bob and his leadership,” said Saint Martin’s President Jennifer Bonds-Raacke, Ph.D. “He will be dearly missed by the many people who encountered him. Please keep his family and our community in your thoughts and prayers.”

Grisham was passionate about always “raising the bar.” From growing athletic facilities and developing new programs, to establishing relationships to build athletic support, he was always challenging our coaches and student athletes to continue improving.

During the 2022 Hall of Fame/Hall of Honor awards, Grisham shared; “I am proud of what our staff, coaches and student-athletes have accomplished with their successes in winning athletic and academic awards, honors and championships. It represents what we’ve been striving for and that’s raising the bar.”

We recognize that Grisham’s loss will impact many individuals. He will be dearly missed by his family, friends, and the Saints community whose lives were enriched by Bob’s larger-than-life personality, his witty jokes, and his contagious laughter.

Below is an updated list highlighting some of Grisham’s many accomplishments that was shared upon his retirement:

After serving 37 years as Saint Martin’s University’s athletic director, including 17 years as the head men’s basketball coach and 20 years as the women’s golf coach, Grisham retired in June 2022.

At the time of his retiring, Grisham shared: “I’ve been fortunate to be a part of the growth and evolution over the years of Saint Martin’s University and our athletic programs. Most people don’t stay or last with that type of longevity. I am proud of this and proud of our many accomplishments.”

Success on and off the playing field

Under Grisham’s leadership, the Saints have experienced historic success both on and off the court, the field, and the course. During his 37 years, Saint Martin’s has seen five conference championships, 14 regional appearances, and three national appearances. Additional program achievements include several All-Academic championships, All-Conference selections, All-Americans, and to Saint Martin’s first ever NCAA National Champion in 2016 (Mikel Smith, track and field).

As a coach, Grisham helped contribute to those successes, coaching the Saints’ men’s basketball team from 1985 until 2001. At the helm, he accumulated the most wins in school history at 214, highlighted by back-to-back 23-win seasons in 1991-93. Grisham was named the NAIA District 8 Coach of the Year in 1993.

After stepping down as the men’s basketball coach in 2001, he transitioned into the role of head coach for women’s golf. Over the past 20 years, women’s golf has had a conference champion and reached the West Regional championship in 2009, where the team placed third overall.

As athletic director, Grisham helped Saint Martin’s expand its facilities with the construction and additions to six facilities, including the baseball field, construction of a first-class soccer grass field, and outdoor track with jumping pits and throwing cages. In 2009, the Charneski Recreation Center opened its doors with three full-sized basketball courts; an indoor running track; a state-of-the-art fitness facility with full sized weight room; a dance studio, and a classroom, serving both athletes and students. Most recently covered tennis courts, replacing the open field tennis courts, were built in 2017.

Grisham also played a major role in the renovations within the program’s flagship facility, the Hal and Inge Marcus Pavilion, with locker rooms, office space, and a full-sized training room added-on. These renovations transformed the home of the Saints into a well-renowned athletic facility throughout the Pacific Northwest.

Saints in the community

In addition to the athletic and academic success, Grisham has helped the department “raise the bar” with community outreach. “It was always a goal and priority to have our athletes and coaches be partners in our community. Whether through service, competitions, or camps, it was important to have a positive impact,” said Grisham. Thousands of hours of volunteer and community service have been performed by Saints’ student-athletes.

Lastly, Grisham initiated and organized the start of the university’s Athletics Hall of Fame and Hall of Honor. To date, over 100 players, coaches, teams, and supporters have been recognized by the Saint Martin’s athletic department.

“For me the friendships and relationships that have been developed along the way have been a rewarding part of this position. I can walk away feeling good knowing where we were when I started, and where we are now,” Grisham said.

Grisham looked forward to spending his retirement with his two daughters: Nicole, a 2015 Saint Martin’s graduate, teaches first grade in Orting, Washington, and Taylor, a 2019 Pepperdine graduate, who works for the Fiction Tribe, a creative agency in Portland, Oregon.

"I've been fortunate to be a part of the growth and evolution over the years of Saint Martin's University and our athletic programs. Most people don't stay or last with that type of longevity. I am proud of this and proud of our many accomplishments."