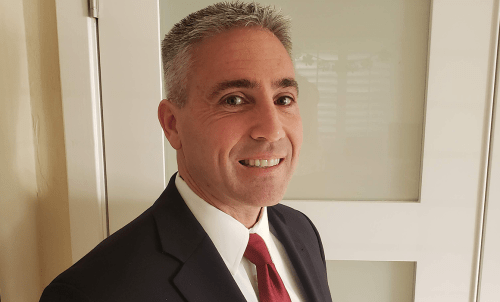 LACEY, Wash. — Saint Martin’s University has announced that Stephen O’Brien will be their new director of athletics. He succeeds Bob Grisham, who served as athletic director for thirty-seven years and has played an integral role in developing the athletic programs at the university. As director of athletics, O’Brien will oversee thirteen programs and provide visionary leadership, strategic planning, and policy development for the department. He will join the Saint Martin’s community on October 8.

“We are very excited to have Steve join our leadership team. He not only brings significant expertise in athletics and fundraising to this role, but also a deep understanding and appreciation of Catholic higher education. In his conversations with campus partners, it was evident that Steve shares our commitment to people, place, and purpose,” says Saint Martin’s University President Jennifer Bonds-Raacke, Ph.D.

"Steve is poised to lead athletics into an exciting new era,” shares Dean of Student Affairs Melanie Richardson. “He brings a strong sense of mission to the position, and we are delighted to welcome him into our community!”

"On behalf of my family and I, we would like to thank Abbot Marion, Dr. Bonds-Raacke and the other members of the Search Committee for extending this incredible opportunity to lead the Saints' intercollegiate athletics program and for our entire family to join the Saint Martin's University family,” shares O’Brien. “I look forward to serving Dr. Bonds-Raacke's administration, the Saints' student-athletes and the Saint Martin's University community to the best of my ability. Go Saints!"

Before transitioning to higher education O’Brien worked as an attorney for Latham & Watkins LLP and Greenberg Traurig LLP. He earned his undergraduate degree in history and economics from Santa Clara University and graduated fifth in his class at the University of Southern California Gould School of Law where he obtained his juris doctor degree.

Saint Martin’s University is an independent coeducational university, with undergraduate and graduate offerings, located on a wooded campus of more than 300 acres in Lacey, Washington. Established in 1895 by the Catholic Order of Saint Benedict, the University is one of 13 Benedictine colleges and universities in the United States and Canada, and the only one west of the Rocky Mountains. Saint Martin’s University prepares students for successful lives through its 29 majors, 11 master’s programs, one doctorate program and seven certificate programs spanning the arts and sciences, business, counseling, education, engineering, nursing and leadership. Saint Martin’s welcomes more than 1,300 undergraduate students and 250 graduate students from many ethnic and religious backgrounds to its Lacey campus, and more students to its extended campus located at Joint Base Lewis-McChord.